Commands are actions which you add to a System, and then assign to a button, slider, gesture or timer to control a particular device. 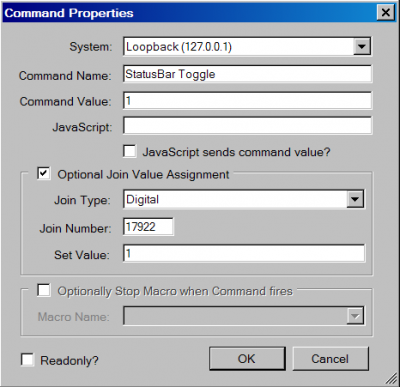 When a command is sent, you can also optionally assign the value of a target join.
To do this, firstly select the checkbox to enable the other properties. Then select the join type from the dropdown list.
Now enter the join number you want to target and finally enter the value you want to assign to the join.
This is handy for many reasons, such as changing an image path, changing a text value or changing a button state.
The value can contain token replacements and math expressions.

This will stop all running macros when the command is fired when the checkbox for this option is selected.

Commands can be assigned to buttons, sliders, macro, input field, page timers and gestures . Here we will show how to assign the commands to these objects.
You will of course first need to create a command following the steps above.

In the button properties dialog you can also set the command repeat delay. This delay time (entered in milliseconds) represents how often the command will be sent whilst the button is held down.</br> Enter zero for no repeating.

To assign the various commands, double click on a slider to open the Slider Properties dialog and select the commands for the press, drag and/or release actions.

Go to Macros for more details.

Commands for “Send Value Actions” will only be run when the full input string is entered and when the “Done” button on the onscreen keyboard (OSK) is pressed. Commands for “On Change Actions” will be run for every individual input key that is typed or changed on the OSK. 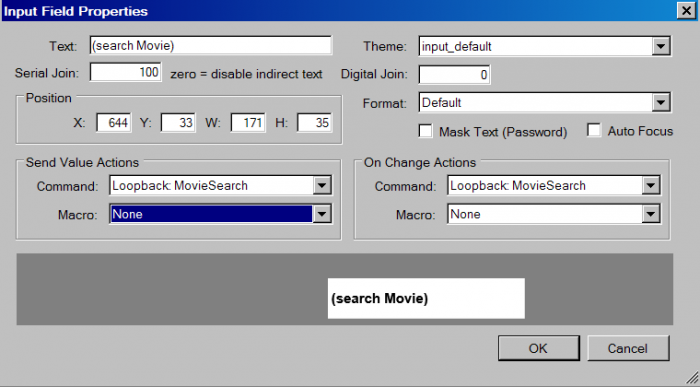 Go to Timers for more details.

To execute Javascript functions, enter the script at the “Javascript” section under the Command Properties. If you want the JS script to receive and use the values from the Command Values section, make sure the box “Javascript sends command value?” is checked. Below is an example of controlling the volume of the XBMC server using JS. The “XBMCMacMini.XBMC.setVolume(data)” function is the command that sets the volume where the sliderval string passes the value of the volume to be set via a slider. 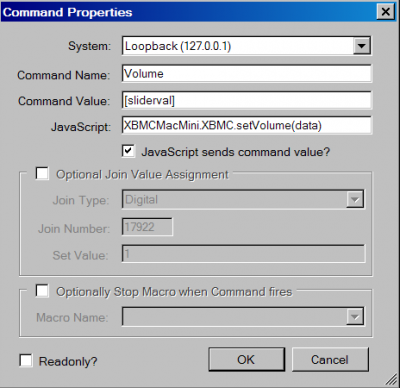 To send hex strings or values, append a prefix of “\x” to the hex codes and insert at the Command Value section. 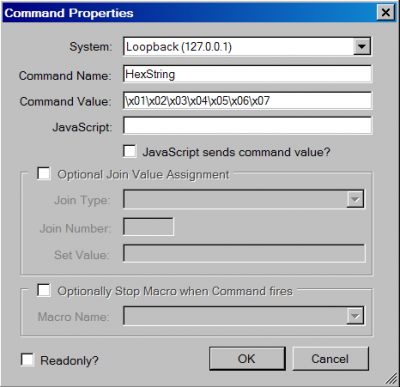 Some devices only have a HTTP control protocol. These devices can be controlled from a web browser by entering specific URLs into the browser.
To control these devices via iViewer, the command value to send needs to be crafted to follow the HTTP Request standard formatting.
See the HTTP Request Commands page for more details.