Under Construction - This Page is Not Completed

The CommandFusion IR Blaster designed to literally blast out IR in many directions at once to flood a room with IR.

This can be used to control a number of devices at once, without needing to run an individual wired emitter to each unit.

The IR Blaster has 12 internal emitters at the front and sides, giving it an output of 270 degrees. On top of that, it also has a 3.5mm output to connect an external wired IR emitter if required. It also has an IR receiver on board, as well as a 3.5mm IR receiver input. 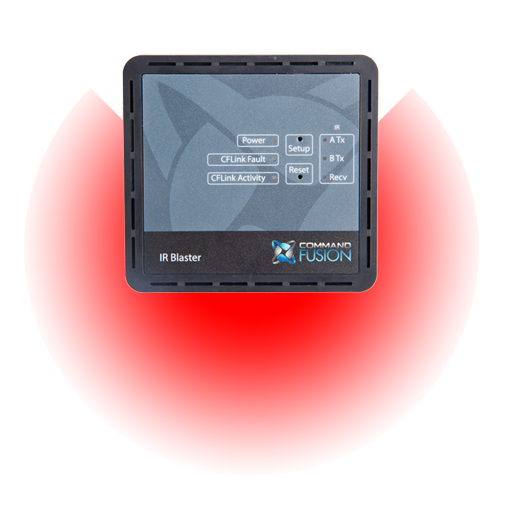 The IR Blaster can be used to recognize incoming IR codes, then trigger a macro of actions on the CFLink bus or on the IR Blaster itself, such as transmit another IR code from the internal blasters. We call this feature ‘IR Rules’ and this guide will look at why this is useful, and how to implement IR rules correctly.

What Can IR Rules Be Used For?

One of the main uses for IR Rules is to allow for one remote control, to control multiple devices.

In this guide we will use the following example:
We have a Samsung Television and a Soniq Bluray player. Now our user doesnt like having to switch between two different remote controls to watch a Bluray. At the moment, the user has to:

As you can see, when you write down the required actions - it can be quite daunting, especially for people that arent comfortable with modern technology.

Our Samsung remote has some buttons on it which are designed to control a Samsung Bluray/DVD player. So in this guide, we are going to program these buttons to control our Soniq remote control. 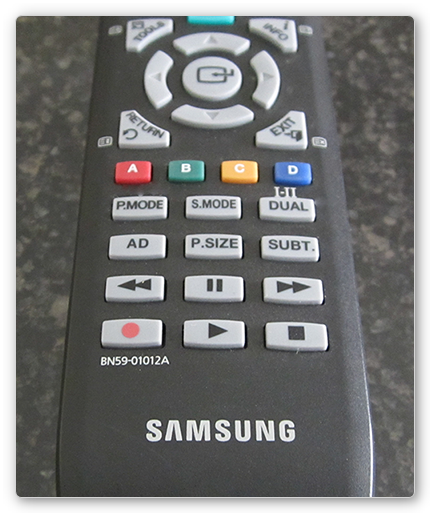